I’ve been trying to harness the power of self-belief for a few months now and I believe it’s really magical and has shown me astonishing results.

Here are the three guides which I’ve jotted down and can be used to acquiring and strengthening the power of belief:

At work, in your home,
substitute success thinking for failure thinking. When you
face a difficult situation, think, ”I’ll win,” not ‘I’ll probably lose.” When you compete with someone else, think, “I’m equal to the best,” not “I’m outclassed.” When opportunity
appears, think “I can do it,” never ” I can’t.” Let the master thought “I will succeed” dominate your thinking process.
Thinking success conditions your mind to create plans that produce success. Thinking failure does the exact opposite.
Failure thinking conditions the mind to think other thoughts that produce failure.

2. Remind yourself regularly that you are better than you think you are. Successful people are not supermen. Success does not require a super intellect. Nor is there anything mystical about success. And success isn’t based on luck. Successful people are just ordinary folks who have developed a belief in themselves and what they do. Never-yes, never-sell yourself short. 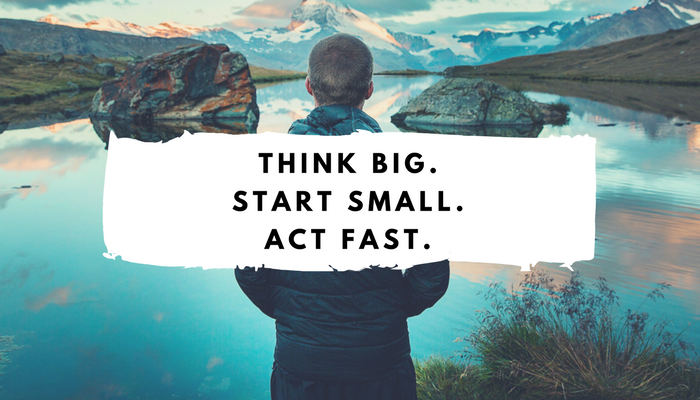 3. Believe Big. The size of your success is determined by the size of your belief. Think little goals and expect little achievements. Think big goals and win big success. Remember this, too! Big ideas and big plans are often easier -certainly
no more difficult than small ideas and small plans.

At last, remember that reading motivational quotes and articles won’t alone get you to the place you want to be. Most importantly you need to work. Mental strength and creative progress only happen through the experience and constant practice of putting our skills to work. For example, you want to climb a mountain. What do you need? Will staring mountain-top get you there? Obviously, no! You need to actually put efforts and get in shape to actually climb mountains. Don’t take motivating words as mere words alone. Actually, they’ll help you for a brief moment in time, they’ll fill a void – provide you with instant gratification, reinforcement, or distraction. But only -if combined with serious dedication towards a goal ( a goal with a solid roadmap and willpower to act on it) motivating words will act as a catalyst to your journey.

Thank you for reading –

“Keep an optimist heart and a realist’s brain”!